The locals call it "Shippies," but surfers call Shipstern Bluff some of the best, most awe-inspiring surfing in the world. With waves of up to nine metres tall, surfers are towed into the water on jet skis to ride the adrenaline pumping surges. The walk to Shippies and its bluff, which looks like a ship's stern, is rather easy except for a few short uphill climbs.

You'll find the bluff in Raoul Bay on Raoul Cape at the very southern end of the Tasman Peninsula. It's even further south than Port Arthur. Looking out over the Southern Ocean gives you a sense of the immensity of Mother Earth and makes you feel a bit small, but in a good way. And it's always exciting to see surfers challenging themselves on some of the world's best waves.

Head down toward Port Arthur to take a right on to B37. Take a left onto Stormlea Road before you reach Nubeena. Follow Stormlea Road 10 kilometres to its end where you'll find the carpark and the trailhead.

The drive from Hobart takes a little less than 2 hours over 115 kilometres. Launceston is 3 hours away sitting 272 kilometres to the north. Devonport, Tasmania's main north coast port, sits on the exact opposite side of the island. It's a 4.5 hour drive over 335 kilometres.

The very first bit of the track is going to be muddy, but, before long, you'll be gently ascending on a dry track through bushland. You'll then cross a trickling creek and ascend into heathland forest. At the 1.5 km mark, you'll run into a junction with a sign. Turning left will take you to Cape Raoul, while turning right will take you to Shipstern Bluff.

Just a few hundred meters after the junction, the track will leave the heathland forest and you'll be smacked with stunning views of the rugged southern coast and Shipstern Bluff. After snapping a few pics, you'll begin to descend for another couple of kilometres. You'll then hit another signed junction. Turning right will take you to Tunnel Bay, while left continues on to Shipstern Bluff.

Once you reach the bluff, you have a choice of climbing the rocks to get a better view of the coast or descending to the beach. The climb up onto the bluff allows you to scan the entire coastline to see Raoul Bay and other bluffs jutting out into the ocean. The descent to the beach allows you to get up close and personal with some of the best surf on planet Earth. No matter which track you take, it will be rather steep and rocky.

After you are done drinking in the views, it's time to turn around and return on the same track. If you have time, it is highly recommended to head over to Tunnel Bay. You'll see how the ocean has carved the sandstone to create a tunnel on its rocky beach.

While the walk is rather easy, it is fairly long and weather can change rapidly. Always pack plenty of food and water as well as a warm coat that is good against precipitation.

Supervise children near the coastline as there are many drop-offs.

Only very experienced surfers should test the waters. Waves here can get up to nine metres, so get in the water at your own risk. 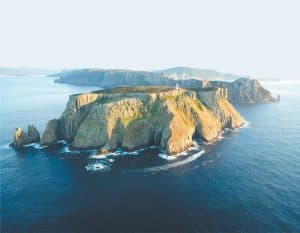 See All Activities
Ship Stern Bluff - Where to Stay 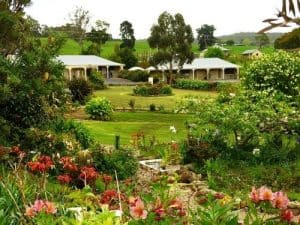