Tasmanian Honey Company offers tours of a working honey producer. You can see organic Leatherwood an...
Image thanks to: Tourism Tasmania & Nick Osborne

Perth is a small strip of land sandwiched in between Evandale and Longford about 20 kilometers south of Launceston. It's the first town of any size that you'll run into on your drive from Launceston south to Hobart. And while the population of Perth is just under 3000, it's citizenship has increased 1% per year since 2001.

You'll find many passersby in Perth. It is a major stop for people driving to the northwest of the state out of Hobart that seek to bypass Launceston altogether. But it's a pretty little stop. This village has over 33 heritage buildings that are incredibly well preserved for travelers to enjoy.

The famous Midland Highway cuts right through the heart of Perth. It's only a 15-minute drive south of central Launceston, but it sits 181 kilometers north of Hobart. It'll take you over 2.5 hours to get there from Tasmania's largest city. Devonport is just over an hour and 101 kilometers to the northwest. Great plains stretch out from the town of Perth. From this incredibly historic town, you'll be able to see the towering Great Western Tiers mountain range rising from its plateau to the west. And while this small inland town may be nothing more than a road stop for passersby, Perth has a treasure trove of history waiting to be explored. Image Credit: Tourism Tasmania & Christina Norwood

Perth is frozen in time. It has remained relatively unchanged since the Georgian era in the early 19th century. Its main street is lined with charming heritage buildings and impressive Georgian houses. A history walk through town should be on every traveller's agenda who happens to pass through this quaint Launceston suburb.

You'll find travellers of all sorts stopping in Perth. While the northwest coast is an incredibly beautiful place to visit, most of the population lives in the southeast near Hobart. The Midland Highway takes Hobartians through Perth on their way to Tasmania's playland.

But history buffs and architecture lovers will adore this preserved Georgian town. With an easy guided history tour, Perth can be explored on foot by anyone looking for Tasmania's past. Image credit: Tourism Tasmania & Steven French

Plenty of travelers come through Perth so it's pretty easy to find a National Trust Brochure at any gas station, grocery or store in town. The brochure lists 33 heritage buildings throughout town for you to explore on foot.

The Leather Bottlecap Inn was built back in the 1830's and is the second oldest building in town. The hotel was named after one of Charles Dickens favourite watering holes back in Britain. The Jolly Farmer Inn is an 1826-built, one and a half-story structure on Norfork Street. This once incredibly popular coaching inn is now a private residence.

The Baptist Tabernacle on Clarance Street is a Romanesque brick building erected back in 1889. Its massive doors, domed roof and corrugated iron create a marvelous octagon shape of the building.

The St. Andrews Church boasts lancet windows, buttressed walls and a gabled roof. Back in 1878, it served the town of Perth as a church all the way up until being decommissioned in 2008. The building still stands for you to enjoy.

Eskleigh is a beautiful residence built back in 1870 featuring granite pillars, a 3-storey tower and ornate stained-glass. It has 23 rolling acres in the town of Perth and is an exemplary Victorian mansion. This incredibly beautiful home was turned into a care facility for adults with severe disabilities decades ago.

You'll find a quick pizzeria in the centre of Perth catering to travellers. You can head on over to Evandale to get hearty pub food at a cluster of hotels 5 minutes south of Launceston Airport or go to Longford for a more refined culinary experience.

On his second trip through the area in 1821, Governor Lachlan Macquerie declared a township near the site of Perth's current bridge. The area grew when a ferry across the South Esk River was installed as well as a military post and inn. Bushrangers terrorized the area. In 1824, a prominent Perth farm was raided and burned down by Bushranger Matthew Brady. As a deterrent, the citizens of Perth hung bushranger Mackay from Gibbet Hill.

The town also has some interesting history with the South Esk River. In 1835, a bridge was built over the river using convict labour. The bridge was damaged during construction by flooding and later washed away in 1929. A new bridge was built in 1831 but was destroyed only 40 years later in a flood. Image credit: Tourism Tasmania & Rob Burnett

Perth has a lovely temperate climate and features 4 distinct seasons, but the hills and mountains in the area can change weather dramatically in a short period of time. Always bring a jacket and umbrella.

Nearby Gibbet Hill is just 2 kilometers northeast of Perth. Bushranger Mackay was executed in Hobart for murdering a passenger on a mail coach. His body was brought to the hill and hung to stand as a warning to other outlaws. And the authorities chose Perth carefully as it is a prominent town on the road from Launceston to Hobart. 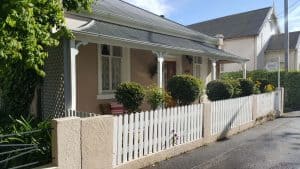 Brickendon Longford - North
Find A Rate
Situated in a rural location, this cottage is 0.1 mi (0.1 km) from Brickendon Estate and within 3 mi (5…
View More 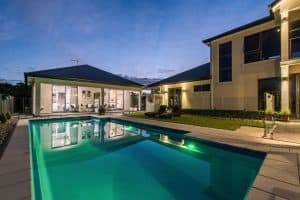 The Wellington Bed & Breakfast Longford - Launceston
Find A Rate
Situated in the historical district, this bed & breakfast is within 1 mi (2 km) of Christ Church Longford and…
View More The Racecourse Inn Longford - North
Find A Rate
Situated in the historical district, this bed & breakfast is 1.1 mi (1.8 km) from Brickendon Estate and within 9…
View More