New Norfolk is a bustling town on the Derwent River with a rich history, quality produce and pretty rural scenery. It's also the commercial and residential heart of the Derwent Valley.
Image thanks to: Tourism Tasmania & Rick Eaves

New Norfolk is a bustling town on the Derwent River with a rich history, quality produce and pretty ...
Image thanks to: Supplied Courtesy of Port Arthur Historic Site

The Bush Inn at New New Norfolk in the Derwent Valley has provided hospitality since 1825. The Bush ...
Image thanks to: Tourism Tasmania & Rob Burnett

New Norfolk and the surrounding area has produced hops for over 100 years and today the majority of ...
Image thanks to: Tourism Tasmania & Rob Burnett

At New Norfolk, Woodbridge on the Derwent is an elegant and luxurious bed and breakfast in a fully r...
Image thanks to: Tourism Tasmania & Veronica Youd

'Willow Court' is a superb old stone building which was built as a military hospital in 1830-31 by M...
Image thanks to: Tourism Tasmania & Kathryn Leahy

Pulpit Rock Lookout towers on a cliff just north of the picturesque town of New Norfolk. With the town framed just south of the river, you'll get views of lush rolling hills, open farmland and a bend in the Derwent River. The lookout is just a short walk from its carpark, but finding the lookout can be tricky as it sits at the end of a windy dirt track. The Pulpit Rocket Lookout is a quick excursion worthy of a few social media pics and perhaps a family picnic. You just have to know how to get there.

The easiest way to access the Pulpit Rock Lookout is by driving along the northern shore of the Derwent River on Boyer Road//B10. Just before you hit town, look for a signposted Pulpit Rock Road heading away from the river. If you're traveling east, it'll be a sharp left. If you're driving west, it's a hairpin right turn. Many miss the road on their first pass.

Pulpit Rock Road is unpaved but well maintained. It's also quite narrow, so you'll have to negotiate oncoming traffic by pulling to the side. But, once on Pulpit Rock Road, it's a short drive to the lookout. You'll take two turns that are well signposted and the lookout's carpark is quite large.

The drive from Hobart is only 36 minutes over 38 kilometres. Launceston sits 197 kilometres away which makes the drive nearly 2.5 hours. Devonport is quite far. Sitting 279 kilometres to the north, the drive takes a little more than 3 hours. 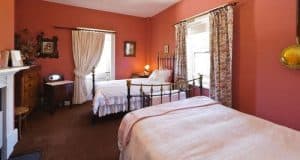 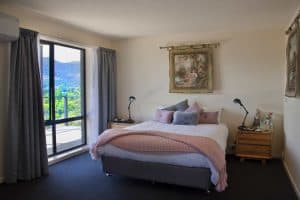 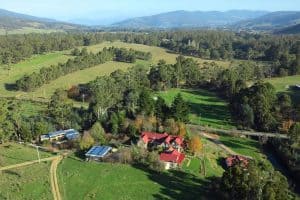