Built in 1856, this sandstone shop was the Centre of Commerce in colonial Hamilton. Now re-opened as an interesting and different kind of department store. Specialising in Derwent Valley products and visitor services.
Image thanks to: Tourism Tasmania & Nick Osborne

History hiding in a valley just an hour north of Hobart.

Take a trip to Hamilton where illegal grog bootleggers used to set up shop. This once vibrant frontier town is set against the snow-covered peaks of the Great Western Tiers along the banks of the Clyde River. It's a town steeped in history as an important transportation hub with an abundance of working breweries, hotels and illegal liquor stores. The town's booze has now dried up, but its quaint shops will still bring you back to convict times.

Hamilton sits 73 kilometres to Hobart's northwest and the drive will take you a little more than an hour. Launceston is 176 kilometres straight to the north with the drive taking 2 hours and 20 minutes. Devonport is nearly 3 hours away sitting 214 kilometres past Launceston.

This town has remained remarkably untouched from its days as a Georgian and early Victorian village. Even though it's just an hour from Hobart, it feels far from the commercialization of Hobart CBD. It's a great place to experience what Tasmania felt like back in the 1830's and 1840's. It's a peaceful village where you can spend your time drinking in Tasmania's history.

A Quick Detour for Architecture

Hamilton features plenty of intact buildings from the 1800's. It's a small town so you can explore much of this unspoiled architecture on foot. And Hamilton bursts to life every year with its annual Hamilton Show; a production that welcomes all travellers. This agriculture show features a miniature goat competition, wool shearing, equestrian events and a working yard dogs competition.

Hamilton is perfectly situated for a pitstop. Travellers from Hobart to the west and northwest coast of Tasmania drive right through this historic town on the Lyell Highway. It's worth a quick stop to see all of the architecture and to visit some of the town's many quaint shops.

Nearby Lake Meadowbank features some of Tasmania's best fishing. You just might find some fishermen in town making Hamilton a quaint and quiet base camp for a fishing trip. It's the perfect way to escape the hustle and bustle of modern life.

History and architecture buffs love Hamilton for its Georgian and early Victorian architecture. The town is littered with well-preserved historic buildings and it's a great way to understand life in the 1830's and 40's.

Activities: Things to Do and See

There are plenty of historic buildings to see in Hamilton. Pick up the Historic Hamilton - Let's Walk About Hamilton pamphlet from the post office to take a self-guided walking tour.

St. Peters Church was built in 1834. It took 4 years to build and features only one door. The church was built this way to keep in the convicts that use to attend mass during Tasmania's convict times. Convicts made up about 50% of the church's parishioners.

McCauley's Cottage was built for a local clergyman back in 1840. It was one of 3 buildings in town built by the Anglican church back in 1800's. It can now be rented as accommodation.

Jackson's Emporium is now a café. This 1856-built stone building was once the centre of tourism and commerce for Hamilton. It also served as the town's department store thus earning the name Emporium.

The Old Post Office was built back in 1835. The Warders Cottage was home to the town's gaolers back in 1840. Blanchs Store is a 1930-built stone house that used to be a butcher and Baker shop. The Prospect House housed Hamilton's first warden after being built in 1830. The list of historic buildings and Hamilton are endless and must be discovered on foot.

Hamilton offers up some hearty pub meals at its local hotel. You'll also find a café in the heart of town which serves up coffee and cakes in the mornings.

Hamilton served as an important transportation hub for people from Hobart. Settlers began to arrive as early as 1807 and a small number of houses were built by 1828. By the 1830's, the town was full of illegal grog shops, and in 1832, the town earned its first policeman.

By the mid-1830's, the town's population was nearly 800, with more than 300 of those citizens being working convicts. The convicts built most of Hamilton's buildings and cultivated much of the surrounding agricultural land. In 1835, the town earned its name -- Hamilton.

The town experienced its biggest boom in the 1840's. By then, Hamilton had a police force of 11 to help keep the convicts in check. By 1844, Hamilton had 6 hotels, a blacksmith, a probation station and 2 breweries. It had become the heart of Tasmania's Wild West. But by 1881, the population fell to 400. It is now a small town full of beautiful architecture waiting to be discovered by travellers.

Hamilton features some of the best weather in all of Tasmania. It remains incredibly pleasant throughout the summer and the air gets just a little bit cool in the winter. And it only rains a handful of days per month and Hamilton which is a great change of pace for many weather spots in Tasmania.

Check out the Prospect Villa and Garden. The carefully designed garden has "rooms" that each feature its own design.
Explore Map 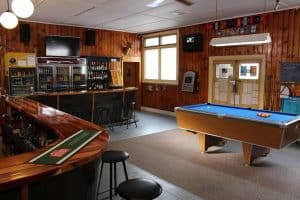 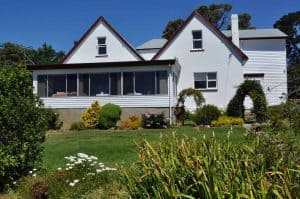 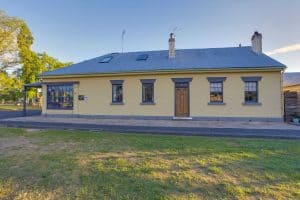 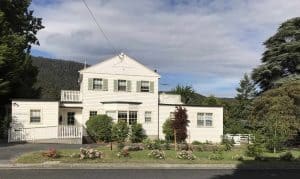